How to describe the African continent? Grandiose, wild, desert, off the beaten track! Traveling to Africa leaves no one indifferent. The continent has countless world-famous places and sites: Victoria Falls, Zanzibar, Kruger National Park, etc. It is also the perfect place to observe wildlife on a safari in Kenya, Tanzania or South Africa. Even if some African countries are not recommended for visits, let yourself be tempted by its national parks, its wildlife sanctuaries. You can’t be disappointed!

Close
Have you decided to go on a trip to Africa? What a great idea! We all know Africa for quite the same things: its wilderness, photo safaris, savannah, wild animals, deserts (Sahara, Kalahari), and of course, its Cape of Good Hope in South Africa.

Unfortunately, the African continent is also sadly known for its war zones, diseases (yellow fever, malaria), and its apartheid regime of the time.

Today, some areas of Africa remain difficult to access. However, many people want to discover this wild, as well as this so particular fauna and flora – including myself. During our trips in the Indian Ocean, when I was living on the island of Mayotte, I had the opportunity to discover several parts of Africa such as the island of Madagascar (complete immersion with work) and Tanzania, for a safari tour with a local French speaking guide. I also had the opportunity to spend a full week on the island of Ibo, in Mozambique.

What I remember most are the wild animals in the bush. What a pleasure to be able to observe thousands of antelopes, buffalos, zebras, wildebeest, hippos, giraffes, and other mammals. We even were lucky enough to see some cheetahs, lions, and wild rhinos in some national parks. During our safari trip, we chose to sleep in a camp, with full board. I do not regret having opted for it rather than lodges. I found the atmosphere even more successful.

My African experience stops here, but I still dream to discover, one day, the highest sand dune in the world in Namibia, the desert in Botswana, to go and see the gorillas in Rwanda or to discover South Africa (including Lesotho and Swaziland), which I did not have the time to do. If I ever come back to the Indian Ocean area, it’s on my “to do” list. For now, living in the middle of Oceania, it’s way too complicated.

In any case, whether you are motivated by the idea of discovering Africa in a small group, on a family trip, or on a safari, you can only be dazzled by the splendor of this continent.

See you soon for more articles! 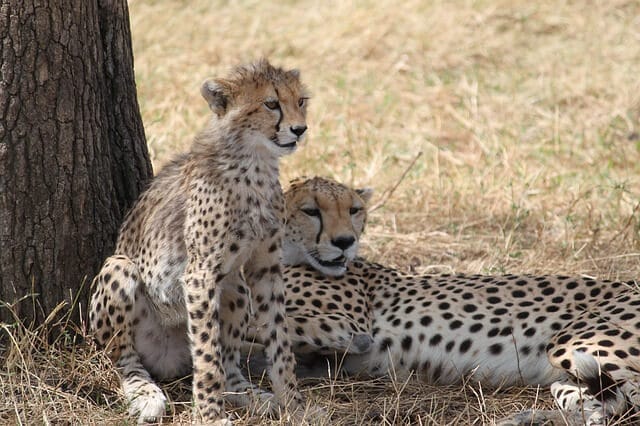 An amazing country to discover !

An amazing island where I lived for almost 4 years

Mozambique, you’ll enjoy its dreamy beaches and the Portuguese culture

A small paradise in the Indian Ocean