Following the review of the Tamron FE 20mm f/2.8, here is another one about a lens covering the same focal length without being a direct competitor: the Sony FE 20mm f/1.8 G. Tested on A7RIV and A7III, I will therefore be able to give you a feedback on the field with two bodies of different definitions, since they have respectively 61 and 24MP.

This review can’t be considered as technical, no test pattern, no brick wall (or almost) nor precise figures, as other reviewers have already done it with (or sometimes without) proper equipment. Actually, most of the time, these tests do not really reflect the truth of the field, and results often depend on the methodology and processing.

The images you will see here are therefore from RAW files developed by DxO Photolab 4 with standard color rendering. Only the optical defect corrections will be activated, except on the images that will be used to see the effect of these corrections in the gallery. By the way, if you don’t know this software yet, I invite you to download and test it for 30 days for free.

I would also like to point out that this is not a partnership with Sony. I have fully paid for my lens, and my opinion and thoughts on this wide-angle lens remain unbiased.

Presentation of the lens

Let’s start by detailing the technical specifications of this lens, which will be quick since you just have to go to the official Sony website to find them.

In March 2020, Sony made this 20mm f/1.8 available to its full frame mirrorless users. Launched at a price of 1100€, it has since dropped and can now be found around 950€. Part of the G (Gold) range, the lens has a construction similar to Sony’s top of the line GM (Gold Master), the only difference being that the G dot on the lens is not encircled in red like the GMs. It is not impossible that Sony plans to offer a 20mm f/1.4 that will be entitled to the Master designation.

By the way, if you want to go further in your research, don’t hesitate to look at our full page listing all available lenses for Sony full frame cameras.

The 20mm focal length on a full frame sensor is equivalent to a wide-angle, or even an ultra-wide-angle lens, allowing to cover a large field of view, which is ideal to shoot large spaces or monuments. It will be a very suitable lens to photograph landscapes and architecture, but it also allows very close shots that will distort the perspective to give relief to small elements. Its maximum aperture is also interesting for astrophotography, and it offers many attractions for video. However, we don’t particularly recommend this focal length for portraits, as it tends to distort the image (but it is still possible if you are careful with your framing and placement).

Thanks to its maximum aperture of f/1.8, you’ll be at ease in situations where the light is lacking, as well as to increase the background blur on close-up shots. While many landscape photographers tend to maximize depth of field by using small apertures like f/5.6 or f/8, a large aperture can allow you to slightly blur elements on the horizon in order to focus a little more attention on foreground elements. Combined with the sensor stabilization of recent Sony Alpha cameras, it allows handheld shooting at relatively long exposure times, about 1/5th of a second (or more).

As mentioned above, the construction of this 20mm is in every way similar to that of a higher end GM (if need be, circle the G with a red marker for the joke ;)). The magnesium alloy barrel feels solid, and the all-weather construction makes it suitable for harsh conditions while ensuring reliability. The optical design isn’t outdone as it features, among other things, 2 AA and 3 ED lenses, as well as a Nano AR and Fluorine coating, ensuring better light transmission, reducing defects such as chromatic aberrations or glare, improving contrast, clarity and overall image rendering, and resisting water, grease, fingerprints and more. The 9-blade circular diaphragm ensures a smoother and more harmonious bokeh when closed.

Although heavier than the Tamron previously tested, its weight of 373g is still balanced against most Sony full-frame bodies, which usually weigh between 600 and 700g (it will be more unbalanced on the A7C). Admittedly, you can’t put it in your pocket, but it remains quite compact considering its characteristics, since it is not much bulkier than the Tamron despite its large aperture.

The focus ring is large and very fluid, pleasant to use with the fingertips since it quickly reacts. Thanks to the linear response focusing, the control is refined and intuitive, offering a nice precision.

The aperture ring is notched by 1/3, with the traditional steps indicated (f/2.8, f/4, f/5.6…), as well as an A position allowing you to switch to automatic or to control the aperture by a knob on the body (for the uninitiated and the unaccustomed, since many digital beginners have little or no knowledge of aperture rings).

The clickless switch, positioned on the right, smooth the aperture ring in order to change the aperture without hearing the clicks (hence “clickless” ahah), which is very practical, especially in video.

In AF-S mode, the lens focuses very quickly and is very precise and quiet thanks to the two XD linear motors. Thanks to these latter, the lens can follow the AF modules of the latest sports cameras such as the A1 or the A9 II. The more “reasonable” cameras are not likely to limit the AF performance of the lens. If the AF module struggles, it will probably be due to a too old camera like an A7 or A7R first version.

In AF-C mode, the AF reacts also very quickly. The subject tracking is very efficient, and the Eye-AF and Fast-AF functions catch and don’t lose the subject. With a lens having such a wide field of view, you will obviously need to be close to the subject if you want their eyes to be tracked. Otherwise, they will be too small to be detectable, but the face tracking will then take over very effectively.

In short, this lens has a particularly reliable and responsive autofocus, regardless of the mode chosen. In AF-C, you may have some pumping when using the tracking combined with a small aperture, but this is more a drawback related to the settings of the camera than the AF itself.

The overall performance of this 20mm is very good. Images are sharp and detailed in most cases, either at short or long distance. The centre is always of excellent quality even on A7RIV, but the extreme edges are behind at full aperture. Closing at f/2.8 greatly improves them and the image becomes uniform from f/4. Its performance on A7III is more homogeneous since the magnification at 100% is less important, which will give a smaller difference between the centre and the edges at large apertures.

Would you like to have a look at other pictures shot with this lens? Check out our page dedicated to pictures made with this Sony FE 20mm f/1.8 G.

When focusing on a close subject (without the Tamron 20mm’s “macro” possibility of), we can enjoy a bokeh quite present at large apertures. This one is fairly round and soft.

To test the sharpness of the lens, I personally tried it out on a scenery at home (see below).

Diffraction will start to show a slight effect from f/8 on the 61MP A7RIV. It will considerably reduce the sharpness at f/11 and below, but less quickly on the 24MP A7III. The optimal aperture range for this lens will therefore be between f/2.8 and f/8. Therefore, you’d have better homogeneity by closing to f/4 to take advantage of the A7RII/III high definition (and even more so of the A7RIV).

The distortion is very low, so its correction is light.

Vignetting on Sony lenses is quite strong, the brand having focused on other points such as the sharpness and contrast of the image or the dimensions of the lens, assuming that this defect will be corrected by software. Therefore, we can see a strong vignetting at all apertures.

Chromatic aberrations are so non-existent that I do not see the point of including images, as it is actually not a problem.

Here is the evolution of the vignetting from the full aperture to the picture corrected with Dxo Photolab.

The anti-reflective coating and ED lenses do a good job on flare. Discreet rainbow halos can be seen with or without a lens hood, although I recommend using it with a wide-angle lens of this type to limit risks.

Coma and astigmatism are well controlled, making this lens suitable for astrophotography, even if it will be better to close the aperture a little to reduce these defects on the edges of the image. The gain from f/1.8 to f/2.8 is not huge, as shown here, because f/1.8 does already very good. We can see that these defects are reduced as we move to the bottom right towards the centre of the image (which is still quite far). 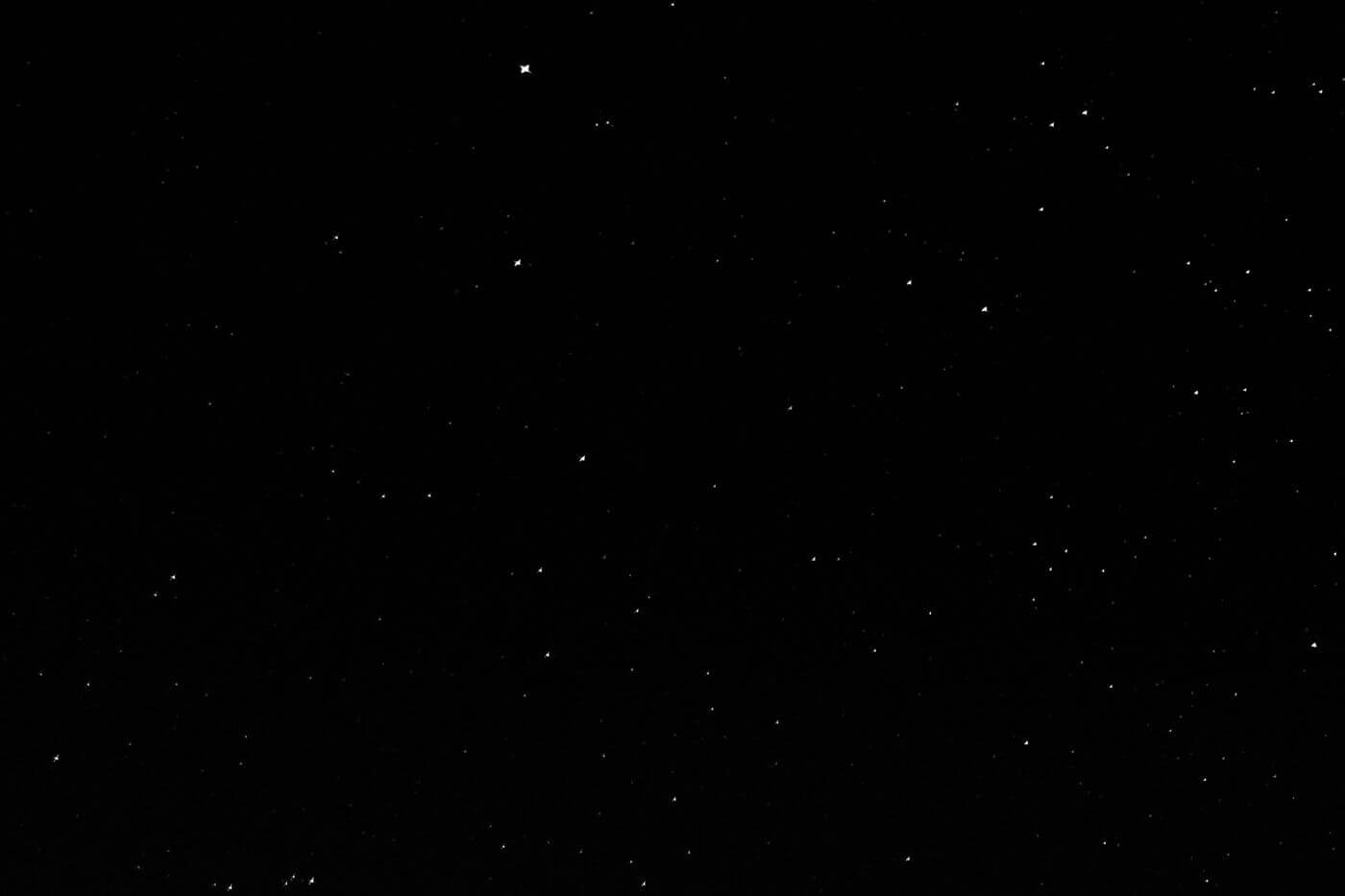 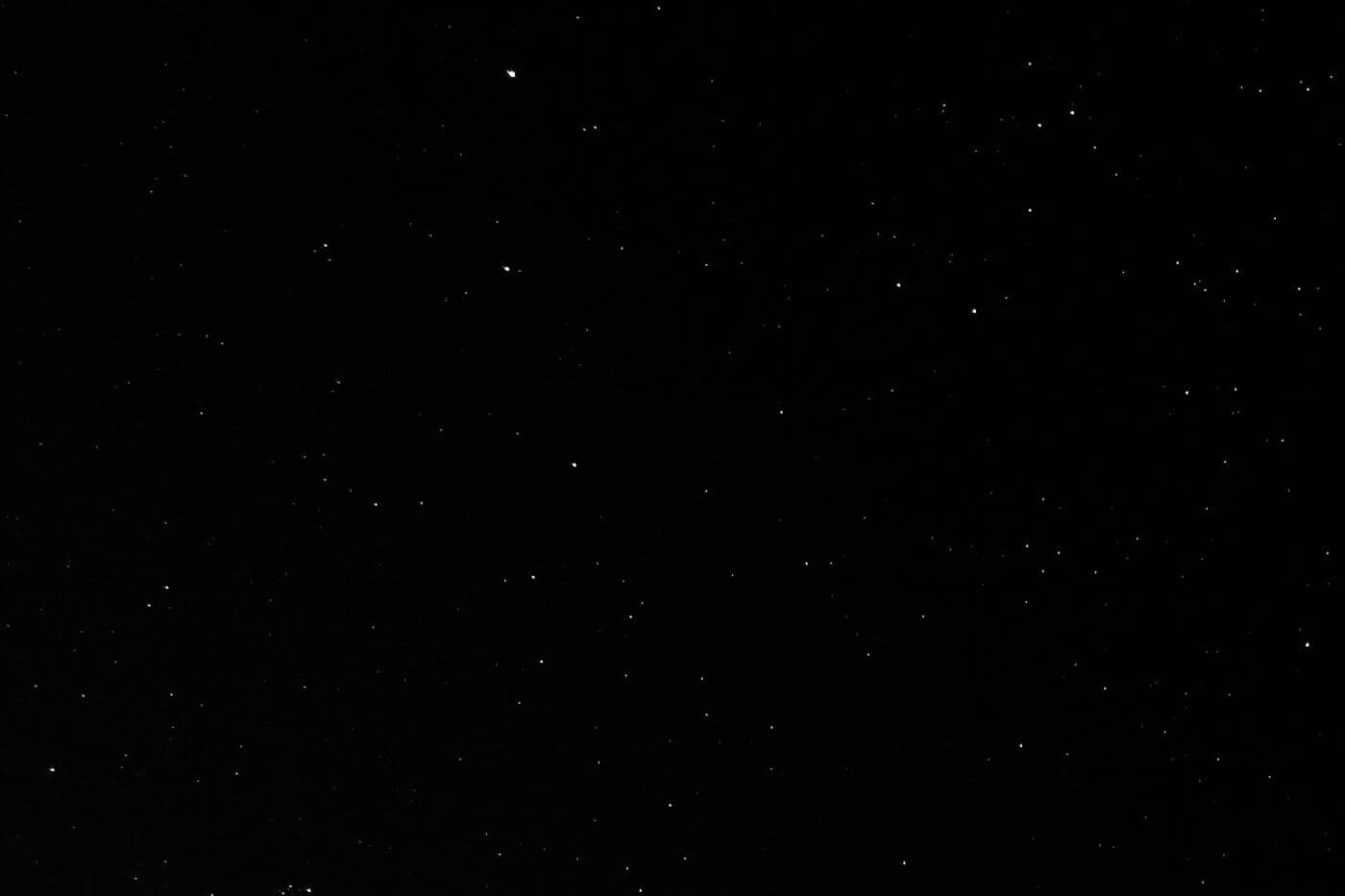 By closing the diaphragm, the light sources display a well-defined 18-pointed star effect at f/11.

The Sony 20mm f/1.8 G requiring a significant investment and a specific use, it will be wise to determine your requirements before buying it. To help you make your choice, here are some interesting alternatives depending on your use:

When it comes to video, the Sony 20mm is surely the most interesting of all these options, with its relatively light weight considering its max aperture, its very good AF, and its clickable aperture ring (only the 24mm f/1.4 GM has one).

In conclusion, few things to reproach to this very nice Sony lens. Some are amazed by its weight and compactness, but having used the 20mm f/1.8 from Nikon for several years, I find it quite similar – even if Sony is to be congratulated for having managed to reach this weight with a less “plastic” barrel than the Nikon.

Again, I want to emphasize that you’ll need a specific use to spend almost 1000€ on this prime lens. But if this is the case, then it will give you full satisfaction. If you mainly shoot small aperture photography such as landscapes, you will probably find the Tamron 20mm or the Tamron and Sigma f/2.8 zooms more attractive. If you want to shoot video, this 20mm is excellent (very popular for vlogs), as it is for astrophotography. In any case, for landscape photography and wide shots, you can’t be disappointed with this lens.

As we specify more and more now, if you liked this comprehensive lens review, you can go through the link below when making your purchase. It’s an easy way to support our work and our blog, without it costing you any extra money of course.

Buy the lens on

For your information, we have set up a collaborative work with Alex, a newcomer here, passionate about photography. He wrote this article, and we are going to collaborate more and more so that we can propose new lenses reviews, especially for the Sony E-mount! Other tests will follow soon, including the Tamron 17-28mm f/2.8, the Tamron 24mm f/2.8 and many others!

I hope you enjoyed this review, and don’t hesitate to leave us a comment, it’s always a pleasure!

See you soon for a new test!

This site uses Akismet to reduce spam. Learn how your comment data is processed.