Who has never really dreamed of traveling to Canada ? Niagara Falls, Rocky mountains, discover the St. Lawrence River, visit Montreal or see the Northern Lights. There is clearly no lack of places to visit and the country is full of things I would like to see one day. The vastness of the country makes you dream and I had the opportunity to discover a very small part of it in 2018. A trip to Canada is an unforgettable experience for all lovers of landscapes and vast natural wonders !

Close
As I still dream of one day seeing the breathtaking scenery of Alaska, discovering Canada was on my to do list, my to-do list of things to do and see at least once in my life.

To be honest, I had already seen these photos of glaciers, turquoise lakes in the mountains, the vast open areas of the country’s national parks. It looked so beautiful. I had the confirmation recently during my road trip to the USA where we decided to take a look at the Canadian Rockies.

Nothing was planned but being only 2 hours drive from the first cities of Canada, it became almost obvious to go and admire this beautiful country for a short week. We had planned to visit only a small part of western Canada, in Alberta and British Columbia. It is impossible to go to far in just one week.

For now, this page will only be limited to last week in Banff, Jasper and Yoho National Park. From the few that I have seen as I write these few lines, I must say that the surroundings are magical, splendid, the words are missing…

I’m going to come back to visit the rest of the country, I don’t know when but that’s for sure. Among the things and places I have in mind? Vancouver on the west coast, Quebec (east of Canada) and its dreamlike places (Tadoussac, the Saguenay Fjord, Prince Edward Island, etc.), but also and especially the lesser known states of the country, where few visitors actually do visit. I already knew Saskatchewan, New Brunswick and Manitoba by name. Recently, friends had shown me pictures of Newfoundland and Labrador. To be honest, it makes me dream.

Unfortunately, I can’t (yet) go on a trip all year round and it will be the occasion for a next roadtrip in the country.

In the meantime, enjoy the few articles present (and coming).

See you soon and have a good trip 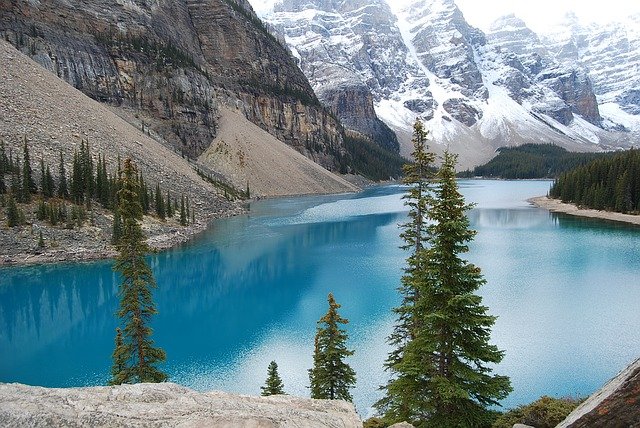 A visit to Banff National Park